Defenders of Truth, Justice and the Prehistoric Way

Defenders of Truth, Justice and the Prehistoric Way

DEFENDERS OF TRUTH, JUSTICE AND THE PREHISTORIC WAY IN… A 6-Issue Limited Series Depicting The Justice League As You’ve Never Seen Them…. As Dinosaurs

Batman the Allosaurus, Wonder Woman the Triceratops, Superman the Brachiosaurus

You know the story: an infant escapes the destruction of its home planet and is deposited on Earth to be raised by human parents. A goddess from a lost city defends truth. A Theropod dons the visage of a bat to strike fear into evildoers’ hearts. This heroic trinity, alongside a league of other super-powered  dinosaurs, join forces to save a prehistoric Earth from the sinister machinations of Darkseid. Wait...what? Okay, maybe you don’t know the story. So join us and bear witness to a brand-new—yet older than time—adventure and experience the Justice League as you have never seen them before!

“Jurassic League is all I want to draw: dinos and epic fights,” said Writer & Artist Juan Gedeon. “My own version of a 90s cartoon or videogame. Expect a story about survival, unity and hope where the strong protect the weak in a world where danger lurks in every corner.”

THE JURASSIC LEAGUE is a six issue limited series written by Daniel Warren Johnson (WONDER WOMAN: DEAD EARTH) and Juan Gedeon (PENNYWORTH) launching on May 10, 2022. Gedeon is also handling the artwork, while Johnson will provide the main cover artwork for all six issues. Issue #1 will also have a 1:25 Megalustre “Dino Skin” variant cover by Walt Simonson (DETECTIVE COMICS) and an open variant by Gedeon that will be revealed at a later date. 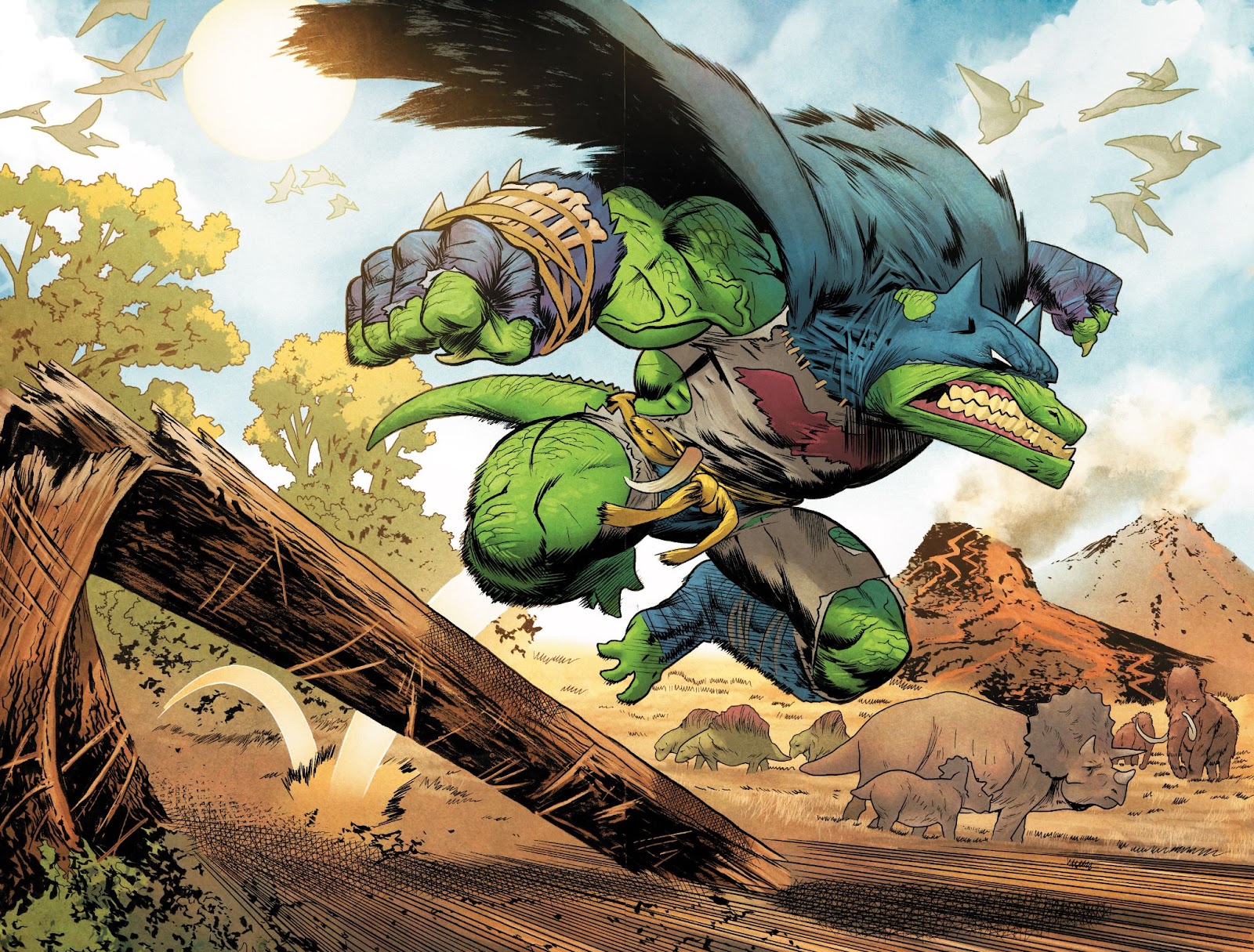 “Words cannot express how excited I am for this book,” said DC Senior Editor Katie Kubert. “As a life-long dinosaur lover, and a dinosaur tour-guide and fossil preparer for two of the most prestigious natural history museums, this book speaks to my heart and science-soul. When Juan came to me with the idea, and Daniel Warren Johnson doubled down on it, I knew we had something truly special and I can’t wait for fans to fall in Mezosoic-love.”

Fans can order THE JURASSIC LEAGUE #1 at their local comic book shop and it will be available in-store on May 10, 2022.

Why Peacemaker is Actually a Well-Behaved Child